Everything is BIG in America!

Everything is BIG in America.

People wonder why they are getting fat in . I can tell you why. Everything is too big.

When you order a large coke in a Canadian McDonalds Restaurant, you get a fist-width plastic cup filled mostly with ice. Order the same thing in and they hand you a party thermos – for 99 cents! 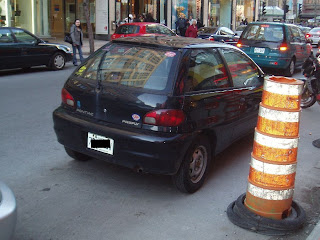 When Tim and I rented a car for Shepherds’ Conference, we opted for a Ford F150. A nice big 5 adult passenger pick up. We thought we would be massive on the road. But people in drive Nephilim Vehicles. Our truck felt like an old Pontiac Firefly surrounded by sparkling earth movers.

Not content with that, somebody decided to make all the trucks and autos feel bigger in by shrinking the lane width on all the highways. So this is great. Everyone driving super-sized, steroided trucks in 6 foot wide lanes!

But it is not just .

My family spent a night in last week. At our morning breakfast I scanned the room and have to say that 80% of those present (including children) were in need of some serious weight loss. It got me to wondering what would do if war came to her shores? Perish the thought, but it would take quite a bit of time to trim everyone down to fighting size!

Why bring this up at all?

Well, I live next-door to , and I am fearful the same desire for “everything bigger and better” is wafting northwards. I am not joking when I say there is currently a visible difference when you cross the border from to . I wonder how long it will last?

And while we are talking about , here is an open letter to Jennifer Granholm, the Governor of Michigan: 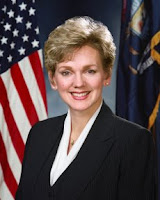 May I suggest you try making them out of asphalt – instead of concrete? You see, it gets cold a lot in and cement cracks. Asphalt stretches.

And that is all I wish to say about that.

Except this: As much as I might complain about , I still love it... and Americans. More than you would guess!

I even married one!
Brought to you by the Paul at 9:01 pm

Email ThisBlogThis!Share to TwitterShare to FacebookShare to Pinterest
Tags: America