Book Review: "On the Move" by Bono 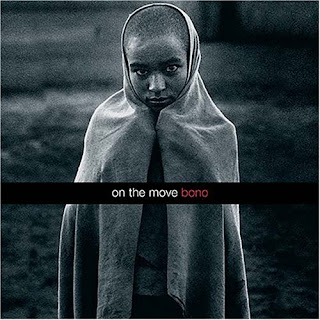 Book Review: On the Move by Bono

I have had On the Move on my shelf for some time and have read it three or four times. Part of the reason for re-reading it is that I have always liked Bono and find I am always trying to give him the benefit of the doubt (despite what some detractors have accused!).

With that in mind, you should know that this book is really a speech that Bono gave to the US National Prayer Breakfast in 2006 set to images and photographs mostly taken by Bono himself. In the speech, Bono was asking for the US Government to consider spending one percent of the Federal Budget on foreign aid. And that may be a very good idea.

But what is frustrating with Bono is his appeal to Christianity as the basis for this action – as if the Bible called for this kind of thing. What is more, Bono likes to reach into all of the world’s major religions and clip quotes that support his ideas. None of this is new for the longtime vocalist of U2.

Bono typifies much of what passes for “theological thought” these days. 1. Quote a few Bible verses that use words that touch on your issue. 2. Inject your own ideas into these verses (ignoring context and the scope of redemptive history). 3. Cry shame on Christians who do not do what you do or at least do not do what you want them to do (for as Bono admits in his speech: “there’s something unnatural.... perhaps something unseemly... about rock stars mounting the pulpit and preaching at presidents, and then disappearing to their villas in the South of France.” It is little wonder Bono is a kind of patron saint to the more radical end of the Emergent movement.

But the fundamental problem in Bono’s speech/book is this: it preaches a Christless, works-salvation. Bono calls for Spirit-empowered actions from dead-in-sin people... and subtly promises them that God will be pleased with what they do. That is not Christianity. That is Pharisiism. And that works-righteousness is at the heart of every world religion – except Biblical Christianity.

Should Christians do all they can to alleviate the suffering of the poor and oppressed? Without question! But of far greater importance is getting the Gospel of Jesus Christ straight and proclaiming it to all – poor and rich alike.

This world does not need the “Beatitudes for a Globalized World.” What it needs is Jesus Christ: First and Last! And all those converts to Jesus will join with all those other converts to keep preaching Jesus... and doing much to minister to the suffering.