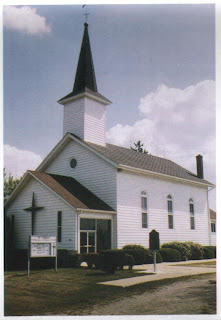 I was involved in a long conversation with a second generation Christian the other day – a man that had “grown up” in the church. During our talk, he consistently disparaged what he called, “my tradition;” a reference to the denomination of churches of which he was a part.

He spoke quite plainly as to how he considered them to be very incorrect in a matter of doctrine... and with a kind of nudge and wink told me of how he endured their condemnation of his views. In other words, he had no intention of leaving that church or denomination, even though he disagreed with a very important doctrine which they taught.

I thought it was pathetic.

If a man believes something to be true, then he ought to live like it is so! If my church began to assert that belief in the deity of Jesus was optional, I am duty bound to stand up and stand for the Truth: Jesus is God!

This man’s dismissal of the “uneducated” and “simple” members of his church manifested the all too frequent Second Generation Scandal. The second generation does not believe what the first generation was willing to die for, but they are too bound by familial obligation and social pressure to admit it. They will wait for the first generation to die off, then quietly move the church away from its secure foundation.

This brought to mind the words of John Reisinger as he happily pontificated (in the best sense of that word!) for a bunch of seminary students in my living room a few years ago. “You must indoctrinate the next generation of Christians, that is how the Truth passes down through the ages. And part of that indoctrination is teaching them to indoctrinate those who follow.”

Should you find that theory odd, I suggest you consult 2 Timothy 2.

It reminds me of one of my favorite poems:

THE BOY WE WANT
A boy that is truthful and honest
And faithful and willing to work;
But we have not a place that we care to disgrace
with a boy that is ready to shirk.

A boy that is nice to the home folks,
And pleasant to sister and brother,
A boy who will try when things go awry
To be helpful to father and mother.

These are the boys we depend on--
Our hope for the future, and then
Grave problems of state and the world's work await
Such boys when they grow to be men.
Brought to you by the Paul at 2:51 pm