The title of this post was meant to catch your attention... apparently it worked! This is not a post attempting to slam anyone involved in youth ministry... at least not directly.

One of the alarming trends in the Canadian medical establishment is the high number of new physicians who are avoiding a general practice and specializing. Specialization has many benefits... work in the area of medicine you enjoy, make more money, avoid the repetitive nature of cold and flu diagnoses, etc.

We need specialists in medicine, don’t misunderstand me, but one problem we face are too many specialists and not enough GP’s. The result? Not enough family doctors for the population base.

It seems to me that a similar trend is manifesting itself in most seminaries and Bible colleges. Perhaps it is motivated out of a desire to attract new students? Regardless, now you can “specialize” your degree and gain similar benefits to those listed above (except the money!). 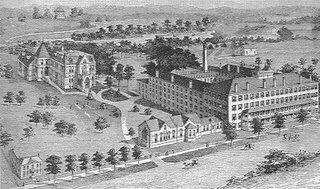 The result is a dearth of good old pastors. Pastors that study and pray and preach and counsel and marry and bury and write letters and help churches along. I have spoken to a lot of young men who shudder at that kind of boring life and thus launch off on the specialization path to find some meaning or excitement. Most of them think the best route would be some form of youth ministry.

Paul told the Corinthians to “act like men.” If I had the opportunity to preach in every Bible college across , that would be my text.

Where are the men who bless a newborn, teach him in Sunday School, help him through High School, baptize him after his conversion, marry him to his bride, bless his children, help him through his marriage problems, bury his father, encourage him in his job loss, rebuke him in his covetousness, mentor him in ministry, ordain him to the eldership and die?

Maybe we do need specialists... specialists in an “all-round ministry.”

If you think the Lord is calling you to be a “youth pastor,” I challenge you to do three things:

1. Show me anywhere in the Bible such a ministry is modeled.

2. Tell me why you think the church is in need of a specialist to minister to this tiny group.

3. Answer this question: Has God called you to be a pastor?