Make Me a Barnabas

Thus Joseph, who was also called by the apostles Barnabas (which means son of encouragement), a Levite, a native of Cyprus, sold a field that belonged to him and brought the money and laid it at the apostles' feet. (Acts 4:36-37)

And when [Saul] had come to Jerusalem, he attempted to join the disciples. And they were all afraid of him, for they did not believe that he was a disciple.
But Barnabas took him and brought him to the apostles and declared to them how on the road he had seen the Lord, who spoke to him, and how at Damascus he had preached boldly in the name of Jesus. So he went in and out among them at Jerusalem, preaching boldly in the name of the Lord. (Acts 9:26-28)

The report of this came to the ears of the church in Jerusalem, and they sent Barnabas to Antioch.  When he came and saw the grace of God, he was glad, and he exhorted them all to remain faithful to the Lord with steadfast purpose, for he was a good man, full of the Holy Spirit and of faith. And a great many people were added to the Lord. So Barnabas went to Tarsus to look for Saul, and when he had found him, he brought him to Antioch. For a whole year they met with the church and taught a great many people. And in Antioch the disciples were first called Christians. (Acts 11:22-26) 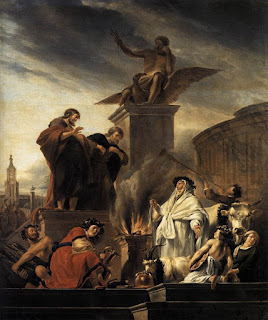 I have spent a fair bit of time over the last years working to build coalitions and Gospel-centred cooperative movements. I have noticed that the best builders of these kind of groups are pastors who are generous of time and money, quick to build relationships between others and godly. They are not petty, suspicious, or worldly.

My life was deeply impacted by reading Arnold Dallimore’s biography of George Whitefield. To me, Whitefield was a master at bringing men together by emphasizing what they had in common instead of where they differed. Later in life, John Newton became a second mentor to me in this regard. Both men, in my mind, were Barnabas’s in their day. I hope that when I die I might be remembered in the same way. I want to give my life to helping Christians move closer together rather than further apart.