He would have turned 21 today. Assuming I had remembered, he would be opening a blank birthday card from me in his dorm room.

It started when he was around 14 years old. Back then I used to write every kid in the church on their birthday. Just a little note to tell them I loved them and prayed for them and to urge them to believe the Gospel and trust in Christ. He had gotten a bunch of those in his life, but that year I sent the best one of all.

Somehow I ended up slipping a blank note into the pre-addressed envelope. It was the nothing card. It could not have gone to a better kid. 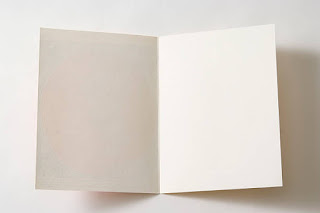 He was sharpening his sarcasm skills at a young age and when he got it and figured out what his lame pastor had done, he thought it was hilarious. So, he said nothing, waited a few months until my birthday, then mailed it back to me. Envelope and all! Thus began a little tradition. That card travelled a lot of miles back and forth over the years. You should have seen his beaming smile the Sunday morning after my birthday. Prankster.

It is hard for me to write about him. People likely don't realize how attached a pastor becomes to the souls under his care. I had prayed for him regularly for many years. Seen him converted. Watched him spread his wings and step out of boyhood into manhood. He had served our church as an intern, coming back from seminary a new man — we all saw it — growing in his confidence as he dutifully took on hard things. We loved having him around. We were seeing a future ministry taking shape before our eyes. As one of the sisters here said, “He was one of the sons of the church.”

I thought about posting a picture I took of him the summer he was our intern. But, I think I will keep that one for me. In some ways it captures him. Occasionally he would arrive at the church building before any of us got there in the morning. He never used the bench. He just sprawled out that lanky frame on the sidewalk as he read a book. Funny how one little picture can capture so much of a person and yet so little.

Even now it is hard for me to believe he is gone. I was a part of all the things that must go on when a member passes away, but there are days I have to ask myself if it really happened. Like his dad, he was doing everything in life at double speed. Finishing seminary early. Engaged to be married early. Living like a man early. I suppose he even got to glory early, too.

And for that we should be happy. Of course we are. But life under the sun is a confusing place. As much as we wait patiently for our future reality, we still have to get up in the morning. And this morning when I got up, I was thinking about him. I miss him. Not as much as his family or his fiancé, but he had a place in my heart, too. The son of my friend. A son of the church. A son in the ministry.

If he was here he would be smirking as he opened my card. He would have known what was in it long beforehand. How much greater was his joy when he opened his eyes and saw the Lord? Certainly he knew beforehand what was coming. But now He sees. And that is the joy that will never end.

So, I think I will finally fill in that card...

Happy birthday, Nicky. I miss you.